Despite some rainy periods, I was able to conduct two very successful butterfly surveys this week, along with plenty of good birding.

On the afternoon of July 19th produced the warm sun rays finally broke through the clouds enough to aid in butterflies being on the wing.

The highlight of this survey came in the form of two Coral Hairstreaks that I found sitting out around, but not on nectar sources. I have noticed this behavior with hairstreaks as they drop down out of the trees in the later afternoon to briefly visit nectar sources before heading back up to patrol. Male Coral Hairstreaks often sit on the leaves of shrubs to patrol for females in the afternoon which could attribute to what I was observing.

Other highlights on the Blackwater Rail Trail included seeing all four of the recorded species of fritillary, Meadow, Great-spangled, Aphrodite, and Atlantis Fritillaries. On my own time in Canaan Valley, I found several Silver-bordered Fritillaries on the wing and I hope to record this species soon on the Rail Trail. Another species I hope to find as the summer wanes is Variegated Fritillary, a species that gets blown into our area from the jet stream’s southwest winds in the late summer and fall. 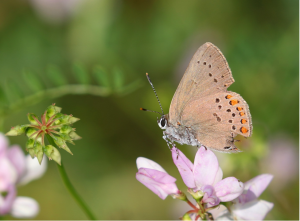 I led two ecotours this week. The first was to Big Run Bog where we observed the flora and fauna while taking in the scenery of this gorgeous relict of a locality. Frank Gebhard and I enjoyed showing the participants the carnivorous plants that call this bog home. 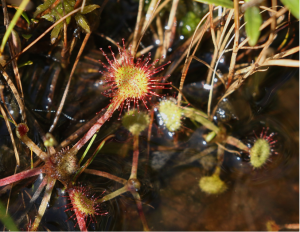 Round-leaved Sundew is one of the carnivorous plants found at the bog. They have glands that produce nectar that looks like little dew droplets to attract insects — that then become stuck to this powerful adhesive and are broken down by enzymes and digested. 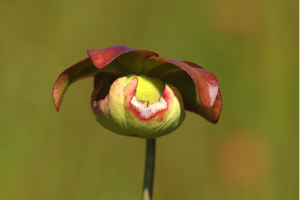 The Purple Pitcher Plants are not actually native to Big Run Bog. They were introduced here in an attempt to save the individuals in the bog that were destroyed upon the construction of the dam that created High Point Lake in Pennsylvania.

Another flora highlight of the Big Run Bog trip was helping participants learn the difference between Large Cranberry and Small (Bog) Cranberry. In addition to the smaller leaf size that is about 1/3 the size of Large Cranberry leaves, the leaves are curled on the edges, giving them oval shape and acute tips and margins, as well as having a crisper snow white coloration on the underside of the leaf. 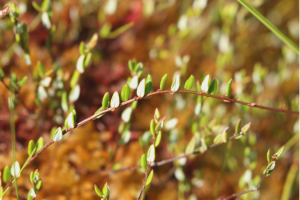 The birding was still productive at the bog at this time of the year, with Canada Warbler serenading from the thick border to the bog, Northern Waterthrushes chipping from the edges, and Yellow-bellied Sapsuckers working back and forth from one side of the big to the other.

Odonates were abundant at the site, and I was able to show Sedge Sprites, a personal favorite of mine, to the participants. I also noted two different species ranked as rare in West Virginia, the Spatterdock Darner and the Crimson-ringed Whiteface. Finding the Whiteface was a personal victory as I missed this species when I went to look for them in Maryland this year. 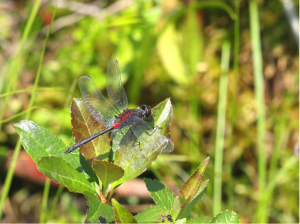 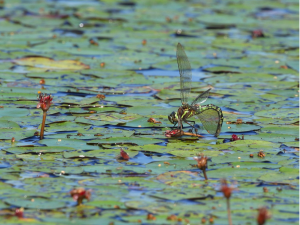 On July 22nd an afternoon walk around Pendleton Lake at Blackwater Falls produced similar success. Highlights here included watching an Osprey hunt over the lake, getting looks at the vibrant Eastern Forktail and Hagen’s Blue in hand, and giving participants their first looks at Cedar Waxwing, a bird I believe to be a spark bird for so many. A spark bird is a bird that someone with a twinkling of an interest in birds observes and thus gets them into birding as they want to see more cool birds like the one they just observed! My spark bird was the Brown Creeper when I was just a kid, amazed by how they inched their way up the trunks of a tree. I will say that the bird that got me into birding hardcore was when I found a flock of White-winged Crossbills with my mentor on my first Oakland Christmas Bird Count (CBC). 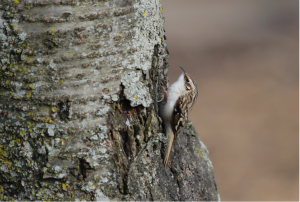 My best Brown Creeper shot I have been able to manage over my time slinging a camera while birding. Their behavior makes them a hard species to photograph! 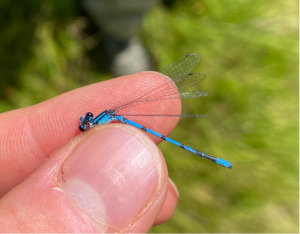 I also conducted two bird transects in this ever-so-busy week. Many birds were still on territory but several warblers were already in foraging flocks, along with the Black-capped Chickadees as this Black-throated Green Warbler was. 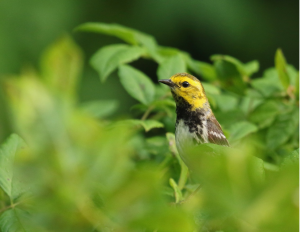 My personal highlights from the bird transects came in the form of flyover birds, that I had been awaiting their detection on these surveys: a Merlin and a Pine Siskin. This proves that it pays to always keep your eyes and ears pointed towards the sky as you never know what you might miss!

I will end this week’s posting with a photo of a Pipevine Swallowtail. Despite many days being overcast, I still note small quantities of butterflies on the wing, usually some of the larger species. This Pipevine Swallowtail was a prime example of this! 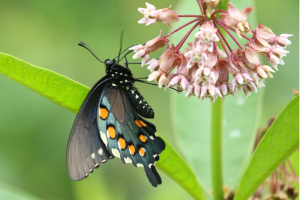