Happy 100th anniversary to the 19th Amendment! On August 19th in 1920, Tennessee became the 50th state to ratify the 19th amendment, granting women across the United States the right to vote and 8 days later on August 26th, when we now celebrate Women’s Equality Day, it was signed into law. Friends of Blackwater is proud to celebrate the women who fought for this right, in addition to some other women, particularly Black women and women scientists, who helped trail-blaze the path toward equality here in West Virginia. Check out some of these inspirational women below! 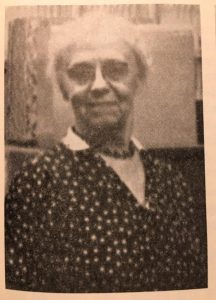 Dr. Nelle Ammon earned BS and MS degrees at WVU and a doctorate from the University of Pittsburgh in 1937.  She taught in the public school systems of Pennsylvania and Marion County, WV before she started her 39-year career in botany at WVU that spanned 1920-1959.  She was treasurer for the WV Academy of Sciences for 7 years and president in 1949.  She was treasurer for the Southern Appalachian Botanical Club from 1936-1958.  She wrote authoritative books on “Shrubs of WV” and “Liverworts of WV” and collected a large number of bryophytes that she integrated into the WVU collections. 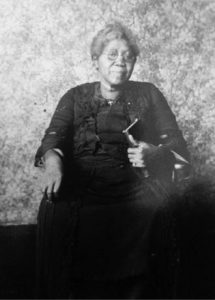 Born in White Sulphur Springs, WV in 1918, Katherine Johnson joined Langely Research Center as a research mathematician for the National Advisory Committee for Aeronautics (NACA), which would later be named NASA.  She would later join the Spacecraft Controls Branch where she calculated the flight trajectory for Alan Shepherd in 1959, John Glenn’s orbit around Earth in 1962, and the flight trajectory for Apollo 11 in 1969. In the 2016 film Hidden Figures, Katherine is portrayed by Taraji P. Henson, alongside two other Black women– Dorothy Vaughn, played by Octavia Spencer, and Mary Jackson, played by Janelle Monae– who were instrumental in NASA’s first manned spaceflight! Read more about her here! 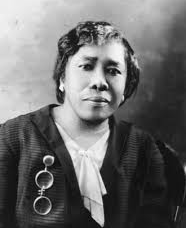 Fannie Cobb Carter was born in Charleston on 1872, the same year in which state constitution prohibited Black and white children from attending school together. She dedicated her life to providing future generations with the necessary tools they needed in order to move on in the world. In 1908, she organized the teacher-training department at West Virginia Colored Institute, which is now West Virginia State University. After her husband, Emory Carter, died, she was named superintendent of the State Industrial Home for Colored Girls in Huntington; however, she did not accept the job until the bars were removed from the home’s windows by state officials. In 1945, she became the dean of women at the National Trade and Professional School for Women and Girls in Washington, and at age 89, served as the school’s acting president.

Elizabeth Simpson Drewry of McDowell County, WV was the first Black woman to be elected to the West Virginia Legislature in 1950 after receiving nearly 18,000 votes in the general election. She became a Democrat in 1936 and served on the Northfork Town Council, eventually rising to the position of associate chairperson of the McDowell County Democratic Executive Committee. During her time in the House of Delegates, she chaired the Military Affairs and Health Committees and successfully sponsored a bill to allow women to serve on juries in West Virginia in 1955. West Virginia was the last state to eliminate this form of discrimination. Throughout her service, she advocated for civil rights, social justice, and health reform. Ebony magazine honored her as one of the ten outstanding black women in government in 1956. 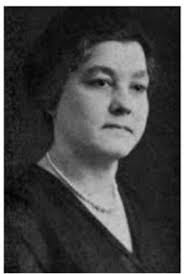 Born in Winfield, WV, Harper was a resident of Keystone when she became in 1928 the first Black woman legislator in the United States. She was appointed by Governor Howard M. Gore to the West Virginia House of Delegates to fill the vacancy left by the death of her husband Ebeneezer Howard Harper.

Elizabeth Harden Gilmore was one of the first organizers of the Charleston chapter of the Congress of Racial Equality (CORE), the first CORE chapter in the state. Gilmore participated in a number of boycotts and sit-in demonstrations challenging racial discrimination. She would also become the first African-American woman licensed as a funeral director in the state, as well as being the first woman licensed in Kanawha County. The Harden-Harden Funeral Home, which also served as Gilmore’s residence, is now known as the Elizabeth Harden Gilmore House, or the Minotti-Gilmore House; it is currently listed on the National Register of Historic Places.