This year, the West Virginia Division of Natural Resources is expanding the hunting opportunities within state parks. Hunts will take place in 10 parks around the state – Beech Fork, Cacapon, Canaan Valley, Chief Logan, Lost River, North Bend, Pipestem, Stonewall Jackson, Twin Falls, and Watoga. For most parks hunting would take place over a 6 day period in the fall, with 9 days at North Bend. This plan is intended to control the deer population and generate revenue through application fees.

After receiving several calls from members who were alarmed about the proposal, we decided to see how the public felt. In just a couple days, we received nearly 200 responses to our survey, with the majority expressing concern about the hunting proposal. We delivered these responses to the Division of Natural Resources at a public meeting, which was also attended by several concerned citizens from Logan County. 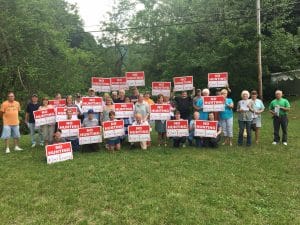 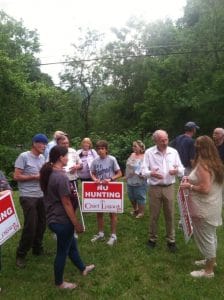