Friends of Blackwater works to protect rare and endangered species.

These small bats weigh only one quarter of an ounce, but in flight they have a wingspan of 9 to 11 inches. The Indiana Bat’s range covers all of West Virginia, but with their population severely diminished by the effects of the fungal disease white nose syndrome, the odds of spotting this Endangered Species are relatively low. 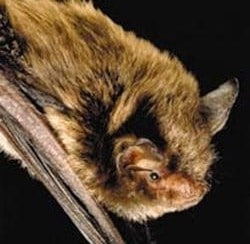 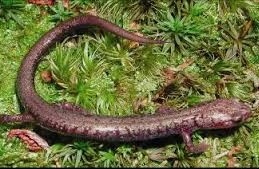 The Flat-spired Three-toothed Snail, known locally as the Cheat threetooth, is only found in West Virginia, within a section of the Cheat River watershed. They are a little smaller than a quarter, and tend to be found in rock crevices or leaf litter, which makes them tough to spot. The “tooth” in its name is actually just a bump on its shell, which may help it balance the shell while crawling along.

Found almost exclusively within West Virginia, “Ginny” loves high mountains and old growth forests, which makes it a great indicator of ecological health here in the Highlands. Flying squirrels are nocturnal and get around by gliding using the natural parachute formed when they stretch out their legs. Unlike regular squirrels, their diet is more dependent on fungi and lichen than nuts. 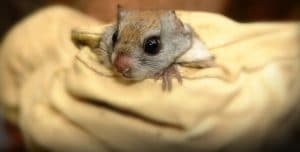 Running buffalo clover is a perennial plant with leaves divided into 3 leaflets. The “running” part of the name refers to the stolons, or runners, that extend horizontally from the base of the stems. The “buffalo” part of the name refers to the theory that this plant once had a symbiotic relationship with bison, and that its decline is linked to the disappearance of buffalo from the east. Cerulean warblers are migratory songbirds that  fly south during the winter, but nest and raise their chicks in mature deciduous forests in eastern North America, particularly in the ridges of Appalachia. Habitat loss has diminished their population, but active habitat improvement projects are underway. 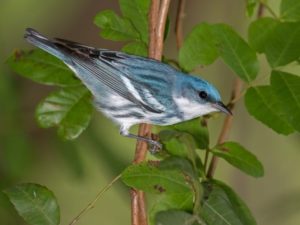