John Robert Clifford was West Virginia’s first African-American attorney, a newspaper publisher, editor and writer, a schoolteacher and principal, a civil rights pioneer, a founding member of the Niagara Movement (forerunner to the NAACP), a Civil War veteran, and a graduate of Storer College.

Clifford was born in 1848, near what is now Moorefield, West Virginia. At 15, he enlisted in the United States Colored Troops and fought for the Union Army in the Civil War. After the war, he attended Storer College in Harper’s Ferry and went on to become a schoolteacher and principal at the Sumner School in Martinsburg. In 1882, he started publishing the State’s first minority-owned, minority-focused newspaper: The Pioneer Press. Clifford stopped publishing The Pioneer Press in 1917.

In 1887, Clifford was admitted to the bar by the West Virginia Supreme Court. In 1898, Clifford won a landmark civil-rights-in-education case before the West Virginia Supreme Court of Appeals: Williams v. Board of Education. The Tucker County School Board of Education tried to cut the public school year for African-American students from nine months to five months, while the students in the “white school” continued to receive the full nine-month school year. Clifford encouraged the teacher, Carrie Williams, to continue teaching for the entire nine months and, together, they filed a lawsuit against the school board for her back pay. In the end, the West Virginia Supreme Court of Appeals upheld the decision to provide equal educational rights to African-American students in West Virginia. All this occurred well over 50 years before the landmark “Brown v. Board of Education” decision and was one of the few civil rights victories in a southern state’s highest court before the turn of the century.

After his legal triumph, Clifford went on to help found the “Niagara Movement” in 1906. The Niagara Movement was a cornerstone of the 20th Century civil rights movement and a forerunner to the modern NAACP. Clifford helped organize the first American Niagara meeting at his alma mater, Storer College, with the help of Niagara member W.E.B. DuBois. 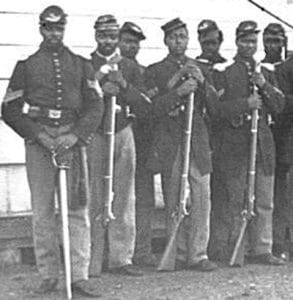